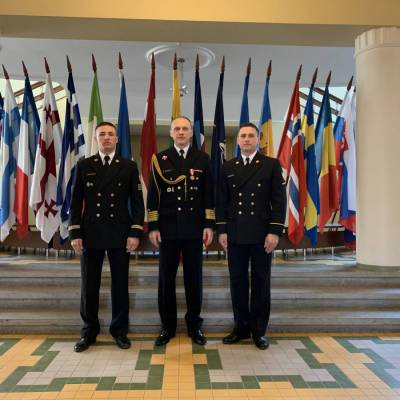 from the 4th to the 7th of April the Naval Academy delegation was participating in the celebration of the 100 Anniversary of Estonian Military Education organised by Estonian National Defence College in Tartu. The College is the main educational centre of the future officers corp (Navy, Air Force and the Army) of the Estonian Armed Forces. Besides the Polish delegation, the representatives of Finland, Lithuania, Latvia, Sweden and Great Britain took part in the clebration. As the element of the celebation, the hosts organised competition on leadeship and work skills. Succesful participation in the competition was presented by midshipman  Kacper Mendyka and Kamil Stańczyk.

Published in News
More in this category: « Competition on IHL for Military Academies Foreign relations faculty students visiting USA »
back to top